Ava and Athanasios need to rest after a complex day, but neither can.

Athanasios’s arms hold me a moment longer and I lean into him. “What did you say?” I ask as I soak up the warmth and strength. 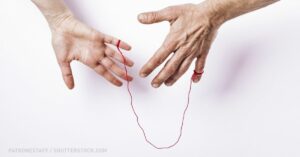 “My beautiful, fated mate,” he tells me and I smile. A shiver cascades down my body as Athanasios leans into my ear and kisses just behind it. “As much as I would love to stay here and hold you, you are getting hungry, and we need to sleep.” He sets me onto my feet, then takes my hand and we head back to the Castle, though I don’t wish to go there.

“You’re nervous,” he states as I stop on the last mound in the tree line.

“My father may be right, but I don’t like who he has become,” I share. Athanasios pulls me to him, hugging me.

“Your father is right, and I assure you, your brother and aunt saw to him, as I was ready to. But,” he says, pulling back. “What do you want to do? As Alpha to the pack, James can marry us, as soon as tomorrow. Tonight, if you wanted it.” He wraps a hand around my neck bracing my head and kisses me until I cannot breathe. “Let us rest tonight, we can decide in the morning,” he tells me, but I hold fast, not answering as he tugs me to walk with him.

“I don’t need to,” I tell him. “Decide I mean. But, we could… can… tomorrow?” I venture. The beaming smile upon his face tells me all I need to know and he sweeps me up into his arms, bridal style and carries me down to the castle.

I giggle like a child when he settles me onto the cobblestone of the courtyard. My father and Aunt Em greet us.

“I’m sorry, Ava,” my father states. “I got carried away,” and he opens his arms in a hug. I embrace him.

“Today has been long, tomorrow will be even longer, but for a better reason,” I state. 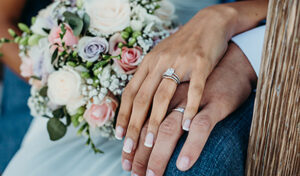 James and Emily join us in the courtyard, along with Minister Harvard. “Why would tomorrow be longer?” The Minister asks and I can feel Athanasios standing behind me. He wraps one arm around me.

“Tomorrow, we marry,” he tells the Minister, who smiles broadly.

“That is indeed great news! Joyous,” he tells everyone and we smile. Aonghus appears with Alison, who is carrying Eunice. My sister nods to me with a smile on her face and my brother holds his hands out for his niece, who goes to his embrace quite easily.

“We have much to do,” Emily declares and Alison nods.

“We need everyone’s help,” Alison states and I hold up my hand.

“I don’t want complicated,” I state. Shifters don’t usually “marry” in the non-magical sense. They mate, they’re married, though many don’t mate until a match is made or they find their fated one. Witches are often the cross between the worlds; we’re mortal, magical as we are.

“It will be simple and beautiful,” Alison states, nodding to Emily. Both women vanish and I can only smile.

“Who would you like to officiate?” The Minister asks and I look at Athanasios.

“Forgive us Minister, but we would prefer James to do the honours,” and the Minister nods in reply.

“That’s quite all right! I could do with a rest after today,” he states. I bite my tongue, the minister hardly did a thing in my view. Athanasios’ hand finds mine and squeezes it gently, rubbing his thumb over my knuckles. My stomach growls and James laughs.

“Let’s get you both fed, we can talk about the arrangements there,” he tells us and motions for us all to follow.

“Ava,” Aunt Em calls and I turn to her, smiling. She offers me a hug and I take it from the woman I’ve considered my mother for years. “Your mother left you a dress,” she tells me. “I’ll prepare it for tomorrow,” she nods to me and I smile.

“Thank you,” I breathe, quietly. She releases me and nods, then turns and walks away. Athanasios takes my hand and guides me to the main hall. Together, we eat and confirm with James what we would like to happen. It’s quite simple, clean, uncomplicated. Then a scout appears and finds James.

“There’s an unknown pack heading this way,” he breathes out between gasping for air. “About twenty of them,” he tells us and suddenly, everyone moves, preparing to defend the castle. The children and non-combatant women are ushered inside and I sigh, wondering what else can happen today. We watch the small pack come into view, then Athanasios chuckles.

“They are my pack, from Greece. I called them here but I was not expecting them until tomorrow,” he pats James on the shoulder, takes my hand and walks to the gatehouse. At James’s command, the portcullis is raised, and the resident wolves stand down. Athanasios greets the front-runner and speaks to him in Greek. When the pack have caught up, he motions for me to come to him.

He pulls me in close and he introduces me to everyone that’s come to be here for him. There are so many names, I cannot possibly remember them all. But, they came for him. “Their pack have occupied my ancestral grounds for years,” he explains as the night draws on. Suddenly, the tiredness overtakes me and I need to sleep.

“Come,” Aunt Em says, appearing from the connecting door to our home. Athanasios’ brows furrow and I chuckle.

“This is how we get from the Castle to home without suffering the weather,” I state and I lead him by his hand back to the house, through the draughty tunnel. He pauses a moment and then smiles at me. 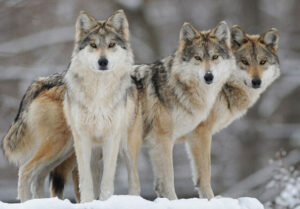 “Telling my pack that I am with you, that they should sleep where they’ve been allocated. It is not home, but at short notice, they are grateful for a bed.” I smile, then push the door open and seal it magically.

“I know you won’t want to be apart,” Aunt Em tells me. Alison, my father, Aonghus and Eunice are here too. This magical house provides what is needed and there are a few new rooms off down a corridor that wasn’t there this morning. It looks like it’s always been a part of the property, so Athanasios has no idea this was just a three-bedroom, quirky witches’ house before. Now it’s sporting seven bedrooms and another two bathrooms.

My father hugs me as I take in the changes. He nods to Athanasios and Aunt Em’s voice carries from a bedroom, calling me to her. I grab Athanasios’ hand and lead him down the new corridor to a cosy, warm bedroom.

“Ah, there you both are,” she states and kisses me generously on the cheek. “This is for you both,” she states and I smile. “No point in trying to separate you, you won’t settle unless it’s within reach of the other,” she nods and leaves us, closing the door softly behind her. 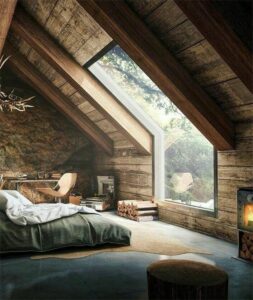 I smile nervously at Athanasios, then I turn to take in the rest of the room. He moves in behind me, wrapping his arms around me, breathing me in.

“You are tired, ómorfi.” He states, then leaves me. I turn to watch as he takes his shirt off in one swift movement, then his jeans and I take in his nakedness. Everything. Nothing is left to my imagination. I swallow and I freeze and he reaches out to touch my hand. Then he’s helping me undress.