I Know His Name

I return to the hut to find Aunt Em sitting at the kitchen table. I smile at her and bid her goodnight.

“Not so fast, Ava. Come, tell me what you know,” and she motions to an empty chair that she pushes out from under the table. So much for getting even a few hours before I’m back at the Castle. “You’re not needed until noon, you’ll have some time to sleep,” she tells me, as if reading my mind.

I sigh and take a seat. Aunt Em pours me tea and as much as I want to drink it, I’m aware of what she could have put into it. Not that I’d lie to her, but I’m not sure of all the facts myself, yet. 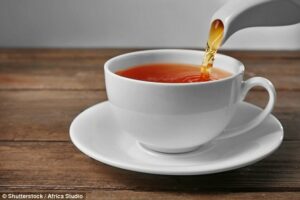 “So, what do you know?” She asks me as she sips her tea. “And it’s just tea. I won’t force you to tell me, I trust you’ll do that, and honestly, when you’re ready.”

I sigh, wondering how much to tell her. More to the point, how much to admit to myself. I resign myself to the fact that I won’t be leaving this table until I’ve told her. “Two nights ago, I astral-projected down to Glastonbury. I hadn’t intended to, it was like I was summoned?” Aunt Em nods, but doesn’t ask questions. “The dragon that the Luna spoke of, was there. I didn’t know he was a dragon-shifter, or that he was looking for us.” I look at Aunt Em. “I think that’s why he was looking for us; me. I projected right into their meeting. I didn’t tell him my name, but he knows it. Every single name I was given, he knows, but he would not tell me his.”

I nod. “We spoke for the first time tonight, briefly.” I hurriedly add. “He was unaware that the wolves who helped shelter him were hurt. He wasn’t amused.” 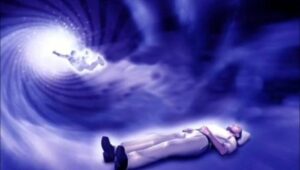 Aunt Em sits back in the chair. “And when you projected to Glastonbury, how many dragons were there?” She asks me, gently.

I sigh. “More than I thought possible. There were a good twenty people or so, a mixture of men, women, cultures, colours…” Aunt Em nods and pours us both more tea.

“We’ve had reports that five of them have been spotted, the Kinsfolk community are in a flap because of it. James received word that a Minister from the Ruling Council will be here, come nightfall.”

I gape. They’ve never left their precious little ivory tower, or at least, none of them ever seem to. “Here? Callaghan Castle here or here, hut here?” I ask. The Castle is one thing, especially with Merrick having done what he did.

“Castle,” Aunt Em tells me. “James isn’t amused, but there’s nothing he can do. Merrick’s caused a shit-storm and he’s gone to ground.” I wonder where Merrick chose to hide out, when I’m suddenly hit with a jabbing pain in my lower right side, doubling me over as I scream. Then there’s a surge of anger, and silence again.

“Ava, what happened?” Aunt Em asks as I manage to uncurl myself, swearing, I tell her. She bids me to lift my shirt up. When I do, she winces. I look down. The lower right side of my ribs are now bruised, painfully so.

“What the hell?!” I ask and Aunt Em hums for a moment.

“When you spoke with this dragon, did he give his name?” She asks and I shake my head. “When he spoke, how did you feel?” I swallow, not wanting to reveal I would almost have followed him anywhere. “Did you feel his anger? Or laughter? Or his emotions?” She asks and I can only nod.

I snap my head up, working out what it is she means. “I thought that, the other night,” I whisper. “Until I met him tonight, I wasn’t sure. I’m still not… A dragon!” I exhale in total disbelief. Aunt Em just smiles at me gently. 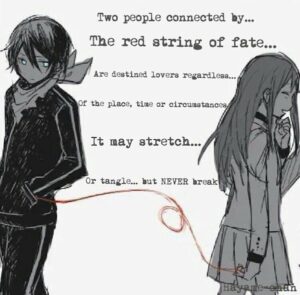 “How?” I ask. I’ve been interested in Dragons since I was old enough to read and Aunt Em has shown me scrolls I doubt even the Ruling Council knows about. Likewise, I am sure I know more Dragon Lore than anyone else currently alive. “They’ve been gone for so long!” I state. How the heck are this Dragon and I connected? And Why?

“You need to rest,” Aunt Em says and heads to a cupboard. She pulls out a mixture of tea, blends it and sets it aside. Then she heads to the apothecary cabinet and hands me some cream.

“I know the injury isn’t ‘yours’, but if you sustained it, any healing you do…” I nod. I’m not wanting to admit it when she and I both know. We’re connected with the red string of fate. Now I need to know his name.

I know his name

I awake hours later, feeling rested but tender. The bruising on my side has reduced, it’s now just pale yellow, but it still hurts. There’s one section that has slight claw marks… I’m guessing someone with claws hurt the Dragon, but how, why and who?! How we’re connected as we are, I do not know. We’ve not touched… Unless he touched me, or my hair when I showed him my phone? I ponder, it would be enough to start the bond forming between us. While I was careful, I think, not to touch him…

“Ava?” My aunt’s voice calls from the bedroom door.

“I’m awake,” I call back and she enters.

“How are you?” She asks with a smile and I show her my side. She nods. “Put some more cream on and come have some healing tea. I need to show you how to blend that, I have a feeling you’ll need it,” she smiles at me.

“Aunt Em,” I call and she turns to me at the door. “Are you angry with me?” I ask her. She smiles, shakes her head and comes back to sit on the bed.

“Goodness, no! We don’t always understand why we project where we do. If your soul was called to his, it would answer, somehow,” she tells me. “I also know why you didn’t tell anyone. Unless they’d shifted before you, you wouldn’t know,” she pats my hand and stands.

“All that lore… I’ve consumed it since I was able to read and write. Do you think somehow, I knew?” I ask as I slowly swing my legs off the bed to stand. “It’s possible.” She stands and smiles at me. “We are needed at the castle, and you need that tea,” she smiles as she leaves the room and I wash, then dress as quickly as I can. After drinking some tea, we make our way through the tunnel to the Castle, where James greets us. There’s a usual buzz, but today it’s electric. The hairs at the back of my neck rise, a feeling I’ve had before.

I had this feeling last night.

James escorts us to his office on the first floor. Standing by the office window, is the dragon. My dragon. Why do I think that? He turns to us, smiles and I can’t look away, though I’m aware of what else is going on around me. As James closes his office door, he walks towards me and offers his hand in a shake. I take it, then he turns it and kisses my knuckles, gently, not hiding the fire that’s burning brightly in his eyes.

“Ava, allow me to introduce,” James begins, but the dragon cuts him off.

“I am Athanasios Orion Zephyr Draganos,” he utters, giving me his full name in that sexy accent of his. His lips linger near my knuckles and I hold my breath. “I am very pleased to meet my fated mate, properly.”