Ava casts her eyes on her new home for the first time while Athanasios has issues to resolve.

The pull of the portal leaves us and the pack is gathered, waiting for us. “Go on ahead,” I instruct. “We will walk to the mansion. I want Ava to see her new home,” I smile at her as her nerves show.

“We’ll be close by,” Anastasia informs me and I nod in acknowledgement. While I can and will protect Ava, I like having others watch her back. I take Ava’s hand and guide her through the pathways between the houses.

“It’s so bright,”  she comments, shielding her eyes. I forget that she’s human, though magically gifted.

“Let me help you with that,” I offer, pulling her into a small marketplace to buy her some sunglasses. I notice her paler skin and have her pick out a hat too. With a smile on her face, she strikes a pose, making me chuckle and we carry on with our walk to the mansion. I find it amazing that this now feels like home, because of her. Some call out in greeting to me and I doubt it will be long before I am bombarded with visits, requests for intervention and calls for help.

I guide us toward a café square further up ahead and the scene when we arrive galls me. A woman is trying to stop a man from whipping her child. My temper begins to rise and Alexandros is close to taking over.

“Stay close,” I tell her, but she’s circling around, her hands are at the Callaghan blades which I sense are close to being drawn. My admiration for her becomes much more when her voice echoes through the square.

“That’s enough!” her voice booms, enhanced by magic. Everyone stops and turns, glaring at the newcomer. I quietly glide around to the far side, waiting to see what happens when my wife intervenes. My wife.

“Who are you to interfere?” The male shifter sneers back.

Ava smirks in response. “You’ll find out soon enough! What has that child done to deserve such a brutal beating?” Ava asks and the mother responds in Greek, which I translate for Ava. ‘She stole some bread because the food is being rationed. Find out why, please, ómorfi,’ I ask her. Food being rationed is news to me and I check with Aeolus. It is news to him too. I command him to bring some guards to this square as Ava continues to confront the man. 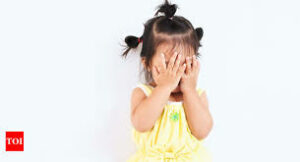 So, yer holding food back? Who gave you permission to ration food, and why?” Ava demands. The shifter growls at her and if I didn’t know of Ava’s skills, I’d have stepped in. As it is, I want the people I’ve sworn to protect to see her, to know of her skills. I need to know she’ll protect the innocent as much as I will.

“The dragon did,” the shifter calls back to Ava, making her laugh. Ava removes the hat but keeps the glasses on. With a twirl of her hand, the binds around the child are removed and she is airlifted to her mother’s embrace.

“What’s his name, this Dragon you serve?” she asks as she places her jacket down with the hat.

“Athanasios,” he spits back and it’s clear he has contempt for me.

“I can tell ye, he did no such thing. I know him very well,” she counters. Her statement makes me smile.

The strapping for the blades is still on her back and her right hand has been holding the hilt of one blade for a few moments already. “Really? So, where is this Dragon, huh? I can tell you exactly where he is right now; I doubt you can even see him.”

He glances around but his eyes do not land on me. She’s clever; she worked out he has no idea what I look like. The mother and child are off to my left and I quietly make my way to them. As Ava continues to goad and show that this wolf is not only a bully but a dead one, I comfort them, especially the child. They have no idea what I look like in human form either. 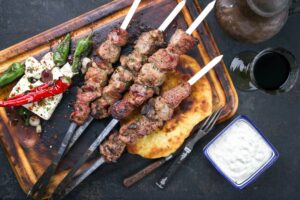 “The food is not rationed,” I confirm. The mother shrugs.

“It has been for weeks,” she tells me before she motions for me to watch Ava. It’s been weeks since I left home. “Who is she to help us?” the mother asks and I smile.

“The dragon’s wife,” I reply and I take a little satisfaction as the mother covers her mouth in shock. Moments later, the word has spread through those that are gathered, including the wolf that Ava is confronting.

I hate bullies, especially those that lie. I can hear Athanasios in my head and the whispers from the pack when he tells the child’s mother I’m the Dragon’s wife. What he hasn’t revealed, is that he is the Dragon. I smirk.

“You’re…” the wolf tries to back away so I cast a spell, glueing him to the spot, knowing he heard the whispers too. 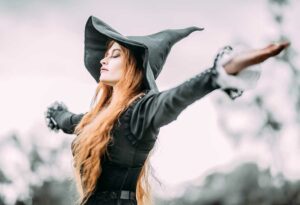 “I’m…what?” I ask, trying to keep my sweet nature around me for a moment or two longer.

“His wife!” he blurts out and I laugh.

“That I am! Now, I know fine well the food isn’t rationed,” the whispers increase in the crowd as my words hit home. “You have no authority to act on his word or even that of Aeolus. You want someone to beat up, to show you’re a man?” I sneer at him as I cast a protective bubble in a circle, making it into an arena from which he’ll never escape. “Come at me. Let’s see your skills,” I goad, pulling one Callaghan blade from its sheath.

‘He is scared’ Athanasios tells me as the blade glows blue. I snort.

‘That’s on him,’ I bite back. “Oh, are ye scared of a woman?” I goad, tucking my left hand behind my back. “I’ll make it fair. If you can defeat me, I’ll let you return home. I’ll even do it with one hand behind my back.” Beckoning him with my right which is holding one Callaghan blade, I can sense when Aeolus, Anastasia and some others arrive but they fan out, not gathering near Athanasios.

“Oh! Now the cat has got the wolf’s tongue! Or is it the witch that got it?” I tease as I beckon to him again. The smell of fear from him is almost enough to gag on. “Oh! So you’re not man enough to attack someone who is on an equal footing?” I torment him, making him finally lunge at me. I side-step and cut his side, making him howl in rage. His anger is his undoing and as he tries to swipe at me, I cut off the hand that had formed into a paw with vicious claws.

He howls in pain and stops, cradling the arm with the severed hand. I magically stop the blood from flowing out.

“You have a choice,” I say as I lower to one knee. He glares up at me. I use magic to ensure those around me can hear. “Aeolus, did this wolf have any authority to act in your stead?” I ask, rising. Aeolus steps forward shaking his head.

“He did not, mistress,” he responds.

“Of course not,” I turn to Athanasios, nodding. He steps towards me and smiles, kissing me intently. It takes a moment or two for the realisation to befall the courtyard. If I’m the Dragon’s wife, then surely it is the Dragon that kisses me? “What is the usual punishment for a crime such as this, husband?” I ask. I can hear my words being translated to the pack.

“I have never had to deal with such a thing. For now, the dungeons seem to be the best place,” Athanasios confirms. He nods to Aeolus and with another guard, the hand-less wolf is removed. I re-sheath the blade and search for the child and her mother. When I find them, I beckon to them.

I watch as Ava crouches to the child, asking questions. I go to translate for her, but Cora is there, doing exactly that. Aeolus calls to me via the mind link. 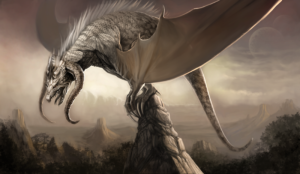 ‘I fear that this is bigger than this wolf.’

‘You might be correct. Our people are hungry and I do not understand why.’

‘I’ve sent scouts out to hunt for the food. It has to be somewhere, we’ve never had a shortage, even when you were asleep.’

‘Good call. Keep us informed.’ I can feel the smile coming from him at the use of my word: us.

‘This is not the welcome to your new home that I wished for you, Ava.’ I apologise to her in my head.

‘Use Alexandros’ skills to go and find that food. We can celebrate my arrival when it’s found,’ she tells me. I nod and back away, clearing the courtyard before I shift. Clothes are damned, I can replace them. She’s right: we have food stashes to find.